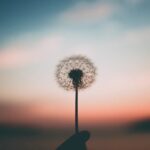 Our nervous systems have been in a stressed state of fight or flight for too long. We are not built to sustain the level of uncertainty we have been living with for this amount of time.

We are living through a worldwide pandemic… (!) (and yes, moving into an endemic state at this time.)  Between the never-ending news cycle that is literally broadcasting into our very hands, to the constant demands of living and working through unprecedented times, our nervous systems are hanging on by a thread and are being asked to really step up in ways that we could never have predicted.

Learn to flip off that fight or flight feeling and flip on the parasympathetic nervous system! We can tap into the magic of the vagus nerve which allows us to toggle between a stressed-out, tired nervous system and a cool and calm nervous system. Who’s in?

What is the vagus nerve?

The main purpose of the vagus nerve is to help regulate the parasympathetic nervous system (PNS). The word “vagus” means “wanderer” in Latin which makes perfect sense as it is the longest and most complex cranial nerve in the body. It extends from the brain stem down through the chest, into the abdomen, and then into the pelvis and legs.

The vagus nerve has many branches that connect the brain to the heart, stomach, lungs, and other organs throughout the body. These branches of the vagus nerve control many involuntary functions in the body, from breathing and digestion, including the gut, pancreas, and gallbladder, to heart rate, blood pressure, and insulin secretion.

The role of the Sympathetic Nervous System (SNS)

The vagus nerve is key as it controls the parasympathetic nervous system (PNS), which is responsible for relaxing the body. It also connects to the endocrine system — the glands that produce hormones that regulate and influence emotions and metabolism — as well as the digestive tract.

However, when we are stressed or anxious, the sympathetic nervous system (SNS) takes over. This triggers the brain to release adrenaline and cortisol, which increases heart rate and blood pressure.

When the brain is in this state, digestion is also put on hold so that energy can be directed towards more immediate survival needs. This unleashes bursts of energy and sharpens focus so we can run away from or fight off danger. Because it also helps regulate the digestive system, this can account for nausea and vomiting when we are nervous!

However, when we’re not in danger, this kind of sympathetic response can cause the body to feel stressed out and tired.

The vagus nerve (and the Parasympathetic Nervous System) to the rescue!

This is why deep breathing when we’re feeling anxious, feels so good. The vagus nerve helps us to flip the switch to be able to slow down and relax.

Ways to tap into your vagus nerve

You may be wondering, “So how do I tap into the magical vagus nerve!?” The vagus nerve can be stimulated by practicing yoga or meditation, which helps to lower blood pressure and reduce stress levels. The practice of stimulating the vagus nerve may also help reduce depression and anxiety by increasing feelings of relaxation and calmness. Slowing down and focusing on a task can be helpful, as well.

Our vagus nerve can also be triggered through our breath, which is why it’s often referred to as your “vagal tone.” It’s also stimulated by singing and chanting along with everyday activities like laughing and humming and gargling. Deep breathing and even a long sigh works, too!

That’s also why when the spinal-neural system is in stress physiology, you don’t breathe as fully or at best in a diminished way, which signals to the body to stay in fight, flight or freeze.

You can also try a few simple and mindful exercises like staying present while eating a meal or drinking tea to help regulate the vagus nerve.

You can also stimulate the vagus nerve through certain massage techniques like the upper ear and jaw release to break up tension patterns. Heart space release and sternum knocking can increase blood flow to cranial nerves which all help regulate the nervous system.

Here are five (5) easy-to-remember techniques on how to regulate the vagus nerve!

The first step: Meditate and breathe.

The second step: Get up and move.

The fourth step: Be mindful and stay present.

And a bonus step!

The sixth step: Get entrained with Network chiropractic care, enough to keep the spinal-neural system self-regulating and self-aware to make more optimum choices.

How does stimulating the vagus nerve help me?

Aside from the benefits of more calmness and relaxation in everyday life, easier handling of stress, better sleep quality and duration, more energy during the day, better mood, and less anxiety/depression, the vagus nerve can help with more serious medical issues.

Vagus nerve stimulation (VNS) has been used to treat patients with epilepsy. It has resulted in a reduction in frequency and severity of epileptic seizures in some people with epilepsy who have not responded well to other treatments.

Stimulating the vagus nerve may also help with migraines, inflammatory bowel disease (IBD), and tinnitus. Scientists have found that activating a specific part of the vagus nerve can reduce inflammation in rheumatoid arthritis patients.

People with functional disorders, psychiatric disorders, and even those with physiological issues such as asthma can be helped via stimulation of the vagus nerve. Many studies have shown that the vagus nerve can  also help treat depression, anxiety, and insomnia.

Tuning into your vagus nerve is a simple practice that can have positive effects by slowing down both the mind and body and may be the key to learning how to manipulate and understand our overall health and well-being. You can tap into the magic of the vagus nerve! Before you know it, you will be toggling between a stressed-out, tired nervous system and a cool and calm nervous system. Go you!